July 07, 2016
The following is the true story I was told by one of my friends. Truthfully, I hope you are ready for this because it is one of those bizarre and scary yet sad stories.

Events took place in the middle of the 20th century to my friend’s family. It was evening when parents put their daughter to sleep and soon they went to bed as well. In the middle of the night, parents were awoken from their sleep by their daughter.“I’m scared” – she said. Parents brushed her off probably thinking their daughter had a nightmare or that, whatever it is she was afraid of, was nothing but child’s imagination. Therefore they did what majority of parents would have done.“There is nothing to be afraid of. Go to sleep” – they said.The girl listened to her parents and went back to her bedroom. The entire house fell asleep again. However, soon after parents were awoken from their sleep by their daughter one more time.“I’m scared” – that’s all she said once again. Parents tried to convince her that there is nothing to be afraid of. Eventually they sent the girl back to her room. She left. The house fell asleep.The morning comes. The parents wake up and continue on with their daily routine. After a while they noticed that their daughter is not waking up so they went to check on her. You guessed it. As they went to check on the girl, they found her dead lying in her bed.

No one ever knew what exactly happened to the young girl. There were no signs of trauma or anything that would indicate the reason for her death. The only thing we know is that she was afraid. However, we do not know of what or who exactly was she afraid of.

Thanks for a read!
mw true paranormal stories collection

Popular posts from this blog

Bizarre Mistery of the Jamison Family 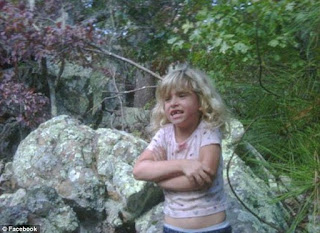 There are rare cases when you have so much yet so little to write about. This is one of them. Facts of this mystery can be written in less than ten sentences yet one can write an entire book about all the unanswered questions and possible answers. This story starts in October 2009 when the Jamison family mysteriously vanished. Their disappearance was an open case until November, 2013 when their skeletal remains were found only to raise more questions. Cause of the family’s death was never determined and circumstances surrounding their disappearance remain a mystery. FACTS OF THE CASE Last Photo; photo of Madyson found on Bobby's phone prior to the disappearance Source:  http://i.dailymail.co.uk/i/pix/2014/07/21 /article-0-1FD95C4E00000578-858_634x462.jpg Jamisons were the average family from Eufaula, Oklahoma, US. The family consisted of father Bobby Dale Jamison, mother Sherilynn Leighann Jamison and daughter Madyson Stormy Star Jamison. The family was looking to pu
Read more 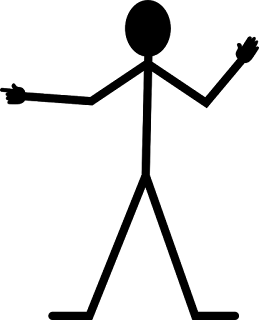 Among shadow people, black eyed children and white eyed children; there is another type of paranormal entity which belongs to a bit more modern folklore. In today's article, I would like to introduce you to The Black Stick Man; another mysterious being people claim to have seen. The very first time, I discovered the idea of the Black Stick Man was in an article on ListVerse.com where they discussed top 10 bizarre modern paranormal phenomenon . Although, Black Stick Man never really reached the popularity as other paranormal beings, he was placed on an honorable third place on ListVerse.com and above him were only the famous Black Eyed Children and Shadow People. Therefore, this mysterious creature deserves a place on this blog. THE APPEARANCE & ENCOUNTERS Source: pixabay.com Encounters with the Black Stick Man are apparently known to be relatively common and share lots of similarities with those with Shadow People and Slenderman. Firstly, most of the e
Read more 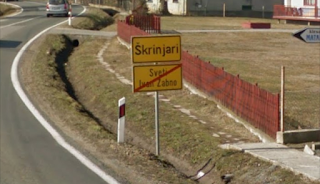